Welcome to ReX, your personal communication platform with Schweizer Relocation.

The Swiss, their habits and culture

The Swiss are a friendly people; in many places, you will be greeted at the supermarket checkout, in the street and certainly by everyone in the countryside. In restaurants, your neighbouring diners will wish you ‘en Guete’ meaning ‘enjoy your meal’. Although the Swiss have a reserved ‘wait and see’ attitude toward new people, once you get to know someone a bit better and that initial ice is broken, you will in most cases have a friend for life. 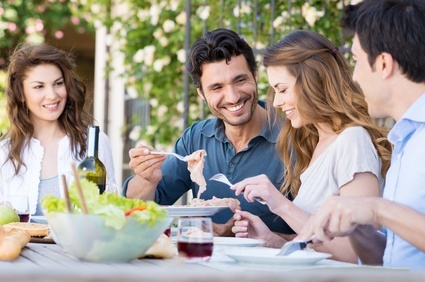 As a tip, in a conversation, it is best if you stick to the facts and avoid discussing money matters. The Swiss do not discuss money, and those who have it don’t show it.

Always introduce yourself with your full name and address people with Mr/ Mrs followed by the surname. The informal “Du” and first name is only used once you know each other well or when it is implied to be OK. In general, it is the older or professionally superior person who indicates which form is acceptable. When people introduce themselves or when you say good-bye, a handshake is the norm.

Should you plan to visit Swiss friends, schedule it ahead of time. Visits are usually planned at least one week in advance. If you are invited to dinner or a party, you should take either wine, flowers or chocolates – and do not arrive more than ten minutes late. If you are delayed for longer, you should call to inform your hosts. When you are considering hosting a party yourself, you should inform your neighbours or - even better - invite them, too. This will appease and ensure a good neighbourly relationship.

In an apartment block, note that laundry should not be done on Sundays. Likewise, other household tasks should be carried out quietly. If possible, hammering, drilling and vacuuming on a Sunday should be avoided. In the garden, mowing the lawn should be carried out in the permitted time window. Sunday is, in general, a day of rest, therefore recycling glass etc. is forbidden and can be met with a penalty if reported.

The Swiss are secretly proud of their country, but not overly patriotic, although on seeing a Swiss flag on every number plate and many a large flag flying in the allotments, you may think otherwise. 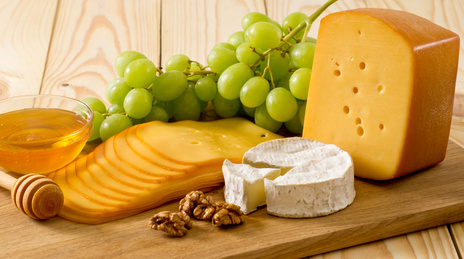 From a cultural science point of view, the many cultures in Switzerland – with the exception of the Romansh-speaking area – can on some level all be allocated to German, French and Italian cultural and linguistic regions. However, the characteristics that are typical only for Switzerland or are perceived as distinctly Swiss from beyond its borders are manifold. Take the Calvinist work ethics for example – not only did this greatly encourage the development of Swiss precision watches and machines, it was also at the root of the high quality standards still lovingly applied today to the manufacture of cheese and chocolate.

Many artists, scientists, engineers and architects, hoteliers and confectioners and other tradesmen who were forced to emigrate due to poverty, such as in the Great Famine of 1816/17, became famous abroad. On the other hand, Switzerland’s political neutrality attracted artists from other countries, in particular writers such as Georg Büchner, Hermann Hesse, Thomas Mann, or the painter Ernst Ludwig Kirchner.

The Swiss flag - a perfect square

Throughout its history, the Swiss flag has always had one feature that distinguished it from pretty much all other national flags: it is square, not rectangular. The Vatican is the only other sovereign state to have a square flag. The unusual shape of the Swiss flag is not stipulated by the law, and the precise shade of red was only legally defined as recently as January 2007. It corresponds to Pantone 485, and is a mixture of magenta and yellow. The exact shape of the cross, on the other hand, has been enshrined in law since 1889: its arms are of equal length, and one sixth longer than they are wide. 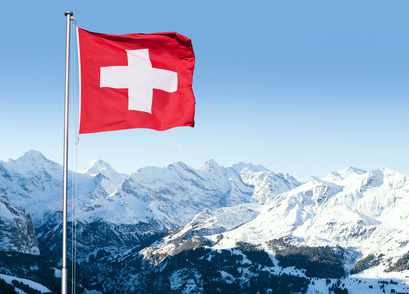