Welcome to ReX, your personal communication platform with Schweizer Relocation.

Switzerland is a multi-ethnic, multilingual and multi-confessional nation shaped by the will of its people. It has been a federal state since 1848. Switzerland has a federal structure with three different political levels: the Confederation, the cantons and the communes. 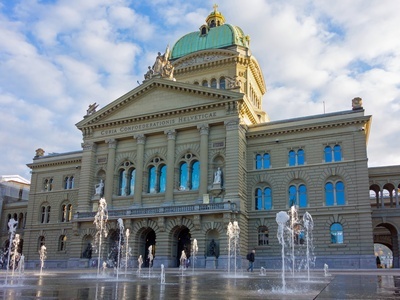 The Swiss Confederation separates the executive, legislative and judicial branches. At the federal level, the executive is composed of seven geographically and politically represented members elected for a set period. This is called the Federal Council (‘Bundesrat’). The legislature is made up of two bodies: The National Council (‘Nationalrat’), which comprises 200 members representing the people, and the Council of States (‘Ständerat’), in which each canton is represented by two State Councillors (46 in total). Only four times in Swiss history has it happened that a Federal Councillor was voted out of their office during their term. The last time was in December 2007. At that time, the composition formula for the Federal Council was also abolished. This prescribed how many members of each party would sit in the Federal Council. It now has members of the following parties: the SP, FDP, CVP, BDP and SVP (explained below).

The 26 cantons of Switzerland are the member states of the federal states of Switzerland. Each canton was a fully sovereign state with its own border controls, army and currency from the Treaty of Westphalia (1648) until the Swiss federal state was established in 1848. The most recently created canton is the Canton of Jura, which separated from the Canton of Berne in 1979.

The name is derived from the French language word canton, meaning corner or district (from which the term cantonment is also derived).

The communes are the lowest level of the state structure. All the cantons are divided up into political communes. In addition to the tasks that are allocated to them by their canton and also by the Confederation, the communes also have their own powers in various areas.